Jan Gamble has completed the shorter piece for the Yarn Bombing in Cosby at the Community Church. From left to right 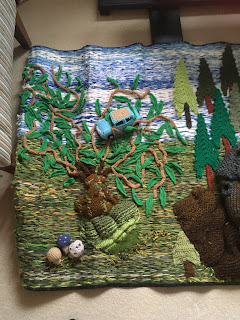 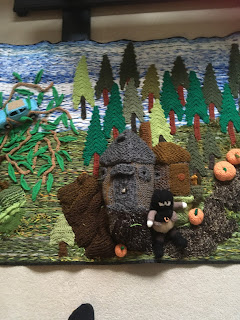 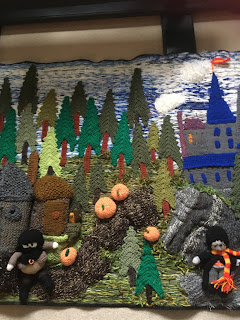 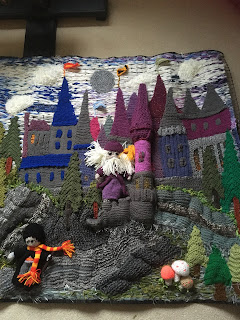 Sue Wilson has started on the Quidditch Match, this is the first tower. 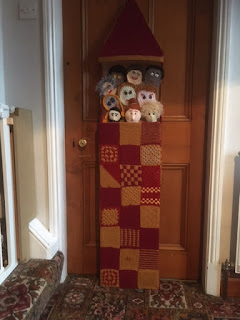 Gina welcomed everyone to this our first AGM by zoom.  As requested by the Quilters Guild who we are insured with, she  proceeded to go through the  relevant health and safety issues.

Jan read the minutes of the AGM  of   the 5th  February 2020 that had been put on the blog. There being no matters arising  she  proposed that the minutes should be accepted as read and this was  proposed  by Vicky Cooper and seconded by Sue Wilson.

Gina referred to the fact that the accounts had been put on the blog and asked if anyone had any questions. There being none she  explained  that the group was  in a strong financial position with a balance of £3,591.00  at the end of 31.12. 20 with our spend for the year being only £646 and this included payment for the hall which had been carried  forward to 21/22 year as has the insurance.

Income for the year was £1,770 mostly from  members subscriptions  and a donation of £500  from  our late President Joan Smith. The subscriptions will also be carried forward to the  21/22 year

A  further contribution of £250 in memory of Joan Smith has been sent to “Rainbows”.

. As there were no matters arising, Jacquie Durber proposed that the accounts be accepted and this was  seconded by Brenda Garner.

It was decided that as we have a full committee it was not necessary to ask for nominations this year. Gina thanked all the committee for their support during the last year, in particular Sue Skelton for her work on the blog, Jan and Sue for their involvement in coordinating the yarn bomb, Jo for the work she had undertaken with regard to the banner and Pat for  all her  work in booking, cancellation and rebooking of all speakers  during this uncertain year.  Viv also thanked Gina for all her enthusiasm and her support in keeping things going throughout the past year.

Gina  remarked that this our 32nd year of Cosby Quilters, had promised great things with superb speakers and workshops  but that Covid had put paid to that. However with the vaccinations came the hope that we may be able to resume in the Autumn with our first speaker booked for September.

Plans to date are

Yarn Bomb participation with our project being “Harry Potter.”

The Flower Banner being coordinated by Jo

The Blog. There have been various “show and tells “on the blog which Gina hopes will continue.

Joan was a founder member of Cosby Quilters and it was decided to use her £500 donation to enable members to expand their craft skills. To  this end members who wished to participate  would be included in a prize draw with the chance for two  members  each year  to win  a bursary of £50 which they would put towards a training course of their choice   with the proviso that they would come and tell the group about their experience .

Gina closed the meeting at 7.40pm thanking everyone for their continued support during what has been a most difficult year.

Some of the items were for a monthly challenge Pam Brittain and I set each other.

It has help us continue to keep in touch & stay sane.
1. Log Cabin pelmet for kitchen 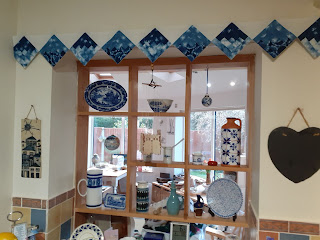 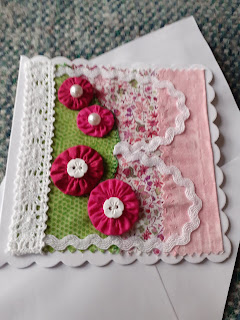 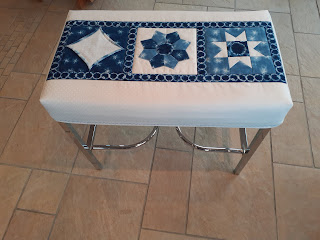 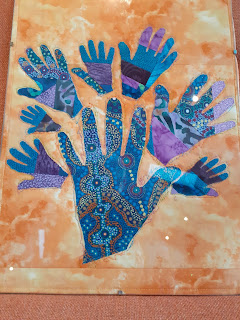 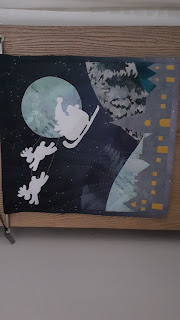 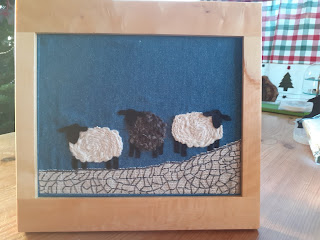 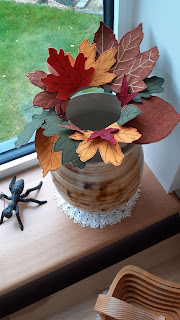 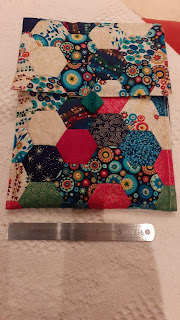 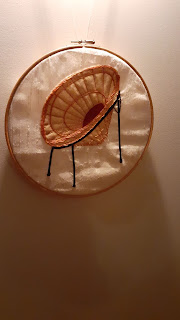 After talking about our seeing & crafting at the AGM I realised the next day how many things I had been doing in the last year. Attached  are some photos of the 'Slow Sewing' tags my Yarn Bombing buddy Pam Brittain have been doing, some of the ladies were interested.  We just do what we feel like doing and sometimes we give each other theme ideas. We create one per week. The tags are a bit smaller than those Anne Brooke uses but I happen to have 2 x 50 tags from a magazine years ago.
Pam Morris's Tags 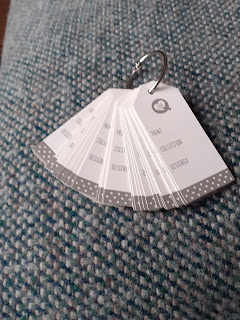 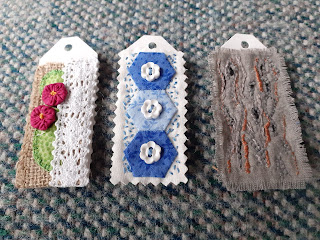 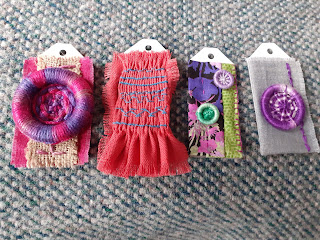 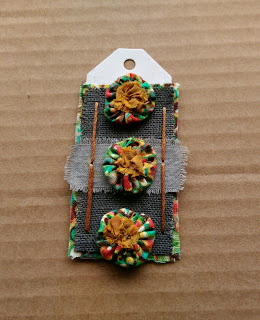 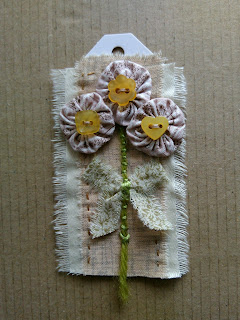 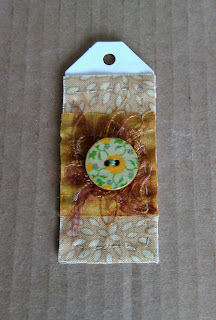 Gina has just finished a birthday card for her niece who will be 6 next week.  Made with bondawebbed fabric pieces and machine top stitch detail.   It was rather fiddly with so many small pieces, but she is quite pleased with the result & hopes her niece is too!