Immediately after Judi Mendelsohn's talk "Not being a Championship Quilter" at our May Meeting, one of our members said "That was the best speaker I've heard!"  That sentiment was endorsed by other members.  Judi was a very entertaining speaker explaining her quilting journey.

Each quilt she showed us had its own story.  At the first Festival of Quilts Judi and a friend had entered a quilt worked by two people and after judging they were thrilled to be awarded first place.  Having 'phoned her friend with the news and celebrated with fellow stallholders the organisers informed her that a mistake had been made and they were not  winners!  - hence "Not being a Championship Quilter.  We could only guess at their feelings on that day and sympathise with them.

Details of some of Judi's quilts 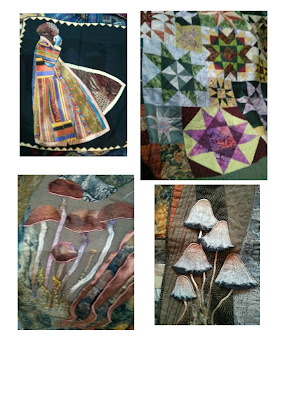 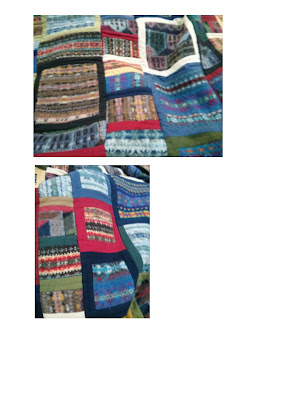